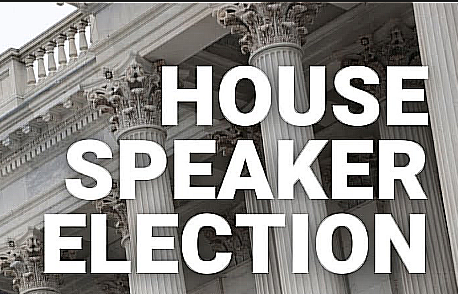 As the voting went down for house speaker today MULTIPLE votes have failed. Mike McCarthy is done. He will not be speaker of the house!

Notice NO CANDIDATE got to the MANDATORY 218 votes so no winner!

Who will be? Remains unknown as voting continues. For the 3rd vote a new candidate is mandatory form the GOP.

Exactly who it will be remains partially unknown. Jim Jordan is the likely candidate.

In the 2nd vote ALREADY MORE THEN ENOUGH VOTES TO BEAT MCCARTHY!

A 3rd vote is no mandatory! Who will the new candidates be?

THE 3RD VOTE HAS OFFICIALLY FAILED!

CONGRESS ADJURNED AFTER THE 3RD VOTE!

Speaker voting to resume in just over an hour.

THE 7TH VOTE HAS FAILED! 8th VOTE IN COMING!

How long will this go on?

THE 13th VOTE HAS FAILED!

IN ABLATANTLY ILLEGAL FORCED VOTE KEVIN MCCARTHY IS THE NEW SPEAKER OF THE HOUSE WIHT FEWER VOTES THEN MANDITORY!

NOTE: THIS ARTICLE WILL BE UPDATED AS VOTES COME IN!