BOGUS! I don’t know where this BOGUS rumor came from but it couldn’t be more wrong! 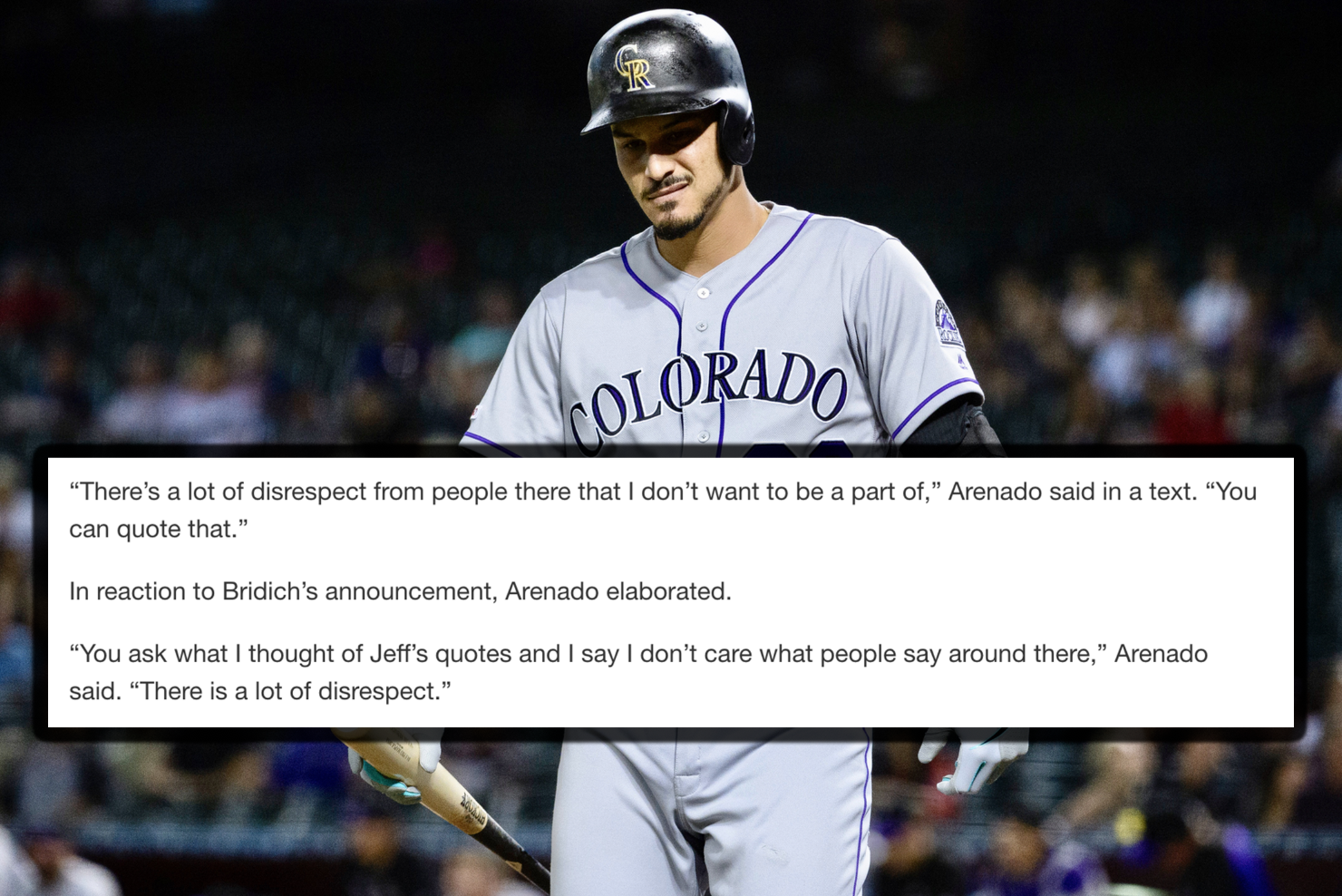 Even though its known he wants out, THE WHITE SOX ARE IN NO WAYS INVOLVED! As this White Sox reporter states:

For the last time and please listen closely. There is no credibility to any Arenado to the White Sox rumors. None what so ever. So don’t tweet about it or ask about it or speculate about it. Not happening. Hasn’t happened. Won’t happen

ITS A BLATANTLY BOGUS RUMOR! I have a uncle who works for the Rockies. Their lead Computer tech. IF any such talks were going on he would’ve notified me instantly.

If it makes you guys feel better, a 100% reputable website in 12up.com fell for this one as well!

I did check with my Uncle and was told this:

“WHAT? There’s no talks around Arenado at all outside the Yankees keeping talks going in case the price drops to their liking or the Rockies ramp up talks. Its FAKE Adam!”

I repeat THIS IS AS FAKENEWS AS FAKENEWS GETS! I will do some checking again tomorrow morning and see what I can find out and then post a video on my Youtube channel. As of now and can assure you there are no truth to the White Sox rumors.

As Jim Duquette said: “He’s a lock to get traded but more by the trade deadline then before the season. The only teams I have heard that have contact the Rockies about him are the Cardinals, Yankees, and Rangers. The Yankees are the only perfect fit though.” Which I don’t fully agree with but yeah. Be careful who you listen to!