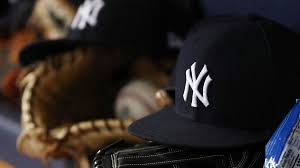 As the season moves on the Yankees keep getting exposed. Their flaws keep getting shown and flaunted by other teams to steal wins from the Yankees. Teams nowhere good enough to touch the Yankees are constantly beating them right now! This is beyond a epidemic for the team!

How do the Yankees fix this? Easy peasy!

It starts by ridding themselves on cancers! Players, coaches, front office personnel, and heck even a brain dead, PROVEN INCOMPITENT owner. that are hurting and not helping the team!

The 1st move is force Gardner’s retirement via releasing/DFAing. He has the worst defensive WAR in baseball and thus has proved he cannot play CF or even play the OF at all, or at all in fact any more! Heck Gardner only has 26 catches on 53 attempts while no other CF o the game has less then 45.

What reeks on Gardner is the fact he has let now 13, THIRTEEN 100% catchable balls fall in the OF resulting in 11 runs scoring and thus single handedly costing the Yankees 6 games. That is inexcusable!

Offensively Gardner again has the worst WAR of any OFer in the game!  He’s a walking EVERY DAY 0-4!

THERE IS SIMPLY NO EXCUSE TO EVER PLAY GARDNER AGAIN OR TO EVEN HAVE HIM ON THE ROSTER ANYMORE! NONE! It is not complete incomitance on the Yankees part to do so!

2nd move is instantly DFAing Tyler Wade. Another player who is doing no good at all and really, REALLY hurting the team!

The Yankees simply cannot have such massive, MASSIVE liabilities on the field any more! Changes have to be made here and now!

After removing these cancers from the team the Yankees must then make necessary trade’s for the desperately needed bats to fix this WORST. IN. THE. GAME. offense (See more on this later in this article).

FIRE BOONE AND THAMES ASAP! This has to be the next move (AGAIN MORE ON THIS LATER IN THE ARTICLE)!!!

Then the Yankees have to make the necessary moves to fix this struggle offense!

Trade for Joey Gallo, Trevor Story, and Ryan McMahon ASAP! By doing this they add 2 high average bats and 2 power lefty bats and fix defense at SS and CF while at it.

Its high time for the Yankees to face the facts nd make the moves necessary to really compete! The pitching is there but the bats have fallen off a cliff due to the cancers around the team!

Assigning Ford back to AAA and giving Gittens a chance may also be a good move as well as calling Florial up for good and giving him CF.

Any way you look at it the Yankees absolutely have to make moves now and fast! There’s no waiting till after the draft or it will be to late! the Yankees will be to far behind.

There’s no waiting till next week’s 7 games against the Red Sox and Rays or it will end their season! They are heading for a 2-5 week AT BEST NEXT WEKK which will shove the Yankees more then 5 games behind both!

They have to act now!

Yeah know, I have never been on the fire Boone train but with what he said after last nights game I HAVE NO CHOICE BUT TO JUMP FULLY ON BOARD! ALL YANKEES FANS HAVE NO CHOICE! Take a look:

Boone on WFAN earlier yesterday “yeah we’re struggling at the plate now but you look around the league and every team is really.” Every other team doesn’t struggle EVERY night especially teams “expected” to be contenders. Boone should be fired and put right back in the booth

SAY WHAT???? No other team IN ALL OF BASEBALL has scored 3 runs or less in more games THEN THE YANKEES! NO OTHER TEAM HAS HAD EVEN HALF AS MANY SUCH GAMES!

It gets worse fans…

WHAT THE FARGETNEUGENS IS BOONE SMOKING? WHAT CRAP IS BEING FED TO HIM BY HAL, RANDY LEVINE ETC.? WHAT IS GOING ON WITH THE YANKEES????

Yankees fans as a whole absolutely need to bond together now more then ever and force Hal to sell the team, and the new owner to clean house in the front office, then fire Boone and Thames and turn this team around NOW!

THIS IS BEYOND ALARMING! No person in their right mind cannot see the massive, MASSIVE issues all around the Yankees. At least Cashman has mentioned them and promised to address them! HE’S LITERALLY THE ONLY PERSON IN THE WHOLE FRANCHISE WHO HAS!

Just as my good friend Pete Simonetti says DOES ANYONE HAVE ACCONTIBILITY ON THIS TEAM?

No accountability on #Yankees leadership. None.

The Yankees need a gutsy, fiery owner! Not the gutless $$ pinching skunk Hal Stienbrenner. The Yankees need far, FAR better people around Brian Cashman than Gene Afterman and Randy Levine who continue to stink things up in their jobs!

It has never been more apparent then it is now that the Yankees need CHANGE NOW! MASSIVE CHANGE!

There’s no waiting or this season will turn into another lost year very, VERY soon!