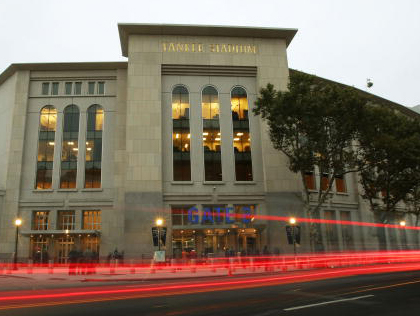 As we look back over 2 decades in the past and a real, great run Yankees team that ran a dynasty on baseball, and then back, now to the last Yankees no one can stand, we can see how the dynasty was created and how it lasted through 4 World Series titles and 7 world series and finally why the Yankees right now are not doing a and thing as long as Hal Stienbrenner is owning and running the team…

The 1st thing anyone notices about the dynasty teams is a absolutely loaded rotation with the like of Roger Clemens, David Cone, Andy Pettitte, Orlando hernandez, David Wells, ETC.

No team had close to this but the Braves who the Yankees beat the heck out of all decade!

The 2nd is no weakness in the bullpen. Great arms all around from Jeff Nelson, to Mike Stanton, To the greatest reliever Mariano Rivera, to ETC.

Next we notice a absolutely loaded lineup with no weakness at all! No holes! No bad parts! No cancerous players like Gardner, Wade, Ford, ETC! Just look at this:

WHERE’S THE WEAKNESS? Absolutely loaded form to to bottom with bats, balance, righties, lefties, switch hitters, ETC. A well constructed lineup unlike the Yankees have seen since 2009!

This exposes the Yankees of today as they have absolutely ZERO left handed power. No good left handed bats at all! This must change!

As I look back, reminiscing on and missing the late 90’s glory days, i instantly take notice and I instantly see something completely missing in today’s Yankees that also MUST CHANGE ASAP! it is this:

The gumption and courage to get the players needed WHEN NEEDED!

What has happened to the Yankees to make them not even care now?

It is completely brain dead of the Yankees for the following list of players who were dying to by Yankees and who were going to take lower deals with the Yankees JST TO GET THE CHANCE TO BE YANKEES, TO NOT BE YANKEES:

(NOTE: It must be said yet again Justin Verlander blocked any chance of being a Yankees with his no trade clause! He refused to even consider the Yankees!)

The Yankees have completely dropped the ball ever since George the boss Stienbrenner died… This is the ugliest thing I have ever seen!

AT WHAT POINT DO YANKEES FANS REVOLT SO BAD HAL IS FORCED TO SELL THE TEAM?

The Padres, Phillies, Mets, Nationals, and other teams are literally stealing players right and left from the Yankees because the Yankees are not even trying!

At what point does the MLB force the sale of the Yankees for the good of baseball? Yes the Yankees are a cancer to baseball right now! That’s how bad things are in the Bronx!

Just imagine the team the Yankees could have WITHOUT EVEN TRYING right now that would look like this:

COULD THAT EVEN BE STOPPED?

Can you imagine this and with a payroll around $280 Million which is 100% WHERE THE YANKEES SHOULD BE!

Just last year the Indians took the Mets FAR, FAR lesser offer over the Yankees for Francisco Lindor as the Yankees refuse to add Mike Tauchman WHO ISN’T EVENON THE FRAKIN ROSTER NOW!

The solution is simple! So very simple… Its time for Hal to be force out of the Yankees at all cost! ITS TIME FOR HAL STIENBRENNER TO SELL THE YANKEES!

Again I demand of you Hal TO SELL THE DANG TEAM ASAP!

YOU OWE IT TO BASEBALL AND THE FANS! GET OUT NOW!

Stop wasting the Yankees players best years and rotting them for nothing! SELL THE TEAM NOW!