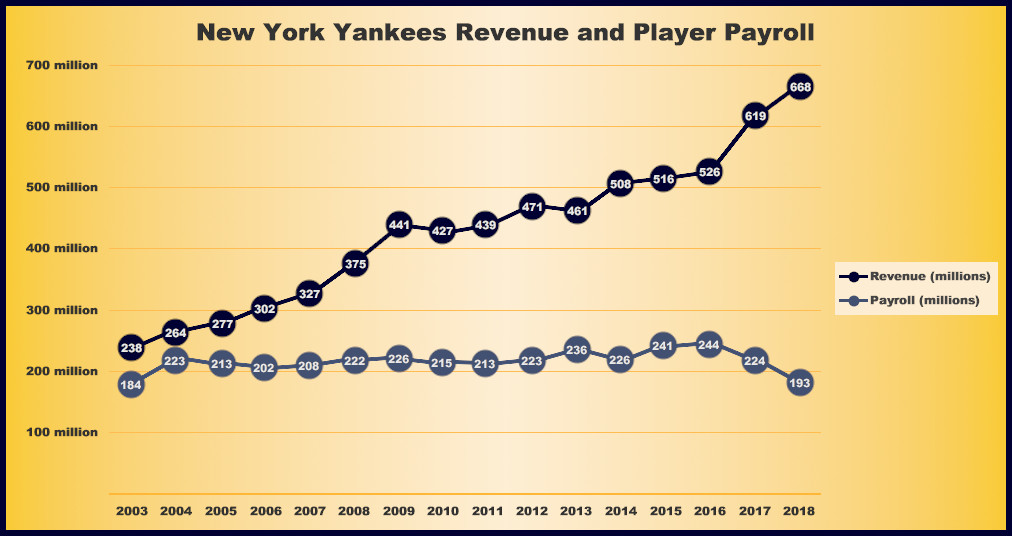 Brian Cashman the Yankees GM, in a recent interview not 2 weeks ago again guaranteed the Yankees would have the highest payroll in the game so what does this mean no that the Dodgers signed Bauer?

Well after the Bauer signing the Dodgers payroll is now over $235 Million. $235.4 Million to be exact.

That’s not the only payroll higher then the Yankees.

The Mets at $208.8 Million, Red Sox at 209.9 Million, and Phillies at around $220 Million are all higher. (Different websites have different totals for some reason.)

The Yankees have tons of work to get there. They’d have to make MULTPLE trades and FA signings just to approach the highest payroll.

I, as a die hard lifetime Yankees fan, would never expect such.

The Yankees have no choice but to make a trade or 2, so as to clear 40 man spots ASAP for RHP’s Darren O’Day and Jhoulys Chacin.

THE YANKEES HAVE NO CHOICE BUT TO MAKE SOME MOVES!

As such, why not do it the smart way?

Lets start with some updates on some Yankees targets:

The largest offer Marwin Gonzalez has (TO THIS POINT) is 3 years and $24 Million from a team he does not want to play for. 7 teams have made offers including the Yankees, Phillies, Nats, and Twins.

No one yet knows where he is going.

As for Trevor Rosenthal the Yankees seem like literally his only option! 4, FOUR teas said today alone they would not try for him. is market is hot and he should be signing very soon.

As such you can see the Yankees are hard at work right now!

The issue for (Brian) Cashman and Hal (Stienbrenner)is if they don’t make some moves NOW, the fan base will be furious!

We know the Yankees have to to clear 40 man spots and thus know a trade is in the works.

We also know that Cashman has been far to quiet this offseason while the Yankees have been linked with 9 (AND CONTING) different teams about trades.

If I had to guess the Joey Gallo to Trevor Story trade happen now as both of their teams, the Texas Rangers and Colorado Rockies respectively are 100% in sell mode after the Elvis Andrus and Nolan Arenado trades Respectively.

Thus both Gallo and Story are prime Yankees targets.

A scenario I can still see happening is Yankees send Gleyber Torres as the headliner in a package to the Cincinnati Reds for RHP Luis Castillo and 3B/1B Mike Moustakas.

(YES THE REDS ARE STILL LOOKING FOR A STARTING SS EVEN AFTER ADDING # IN THE LAST FEW WEEKS!)

Then trading for SS Trevor Story and INF/OF Joey Gallo.

Yes the Yankees have more then enough pieces to pull these all off.

The question is will they? No one knows what trade Cashman is currently working on! Anyone saying anything else is lying. No much of any info is available here.

Any way you look t it the Yankees are not done! More moves MUST be made ASAP!