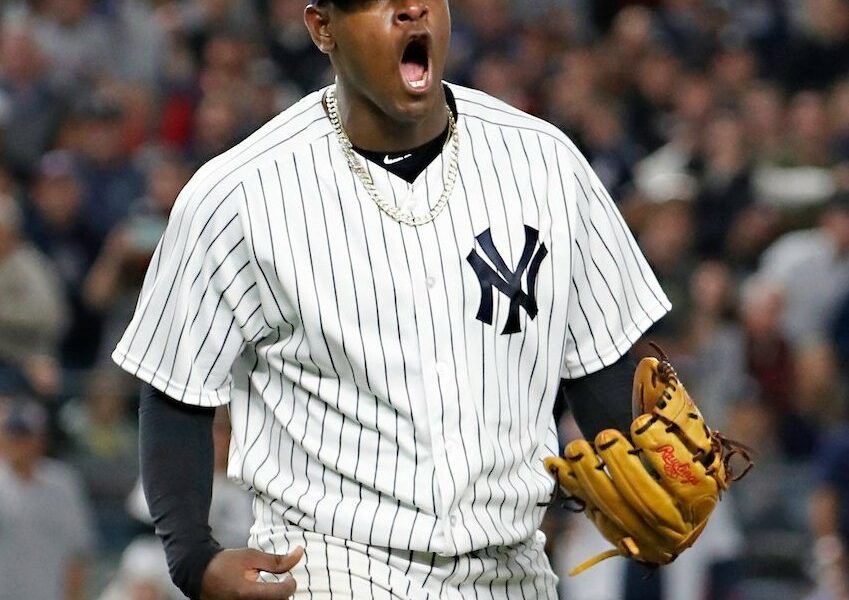 Today we got an update that should excite any and all Yankees fans to no end!

Young ACE RHP Luis Severino is already throwing from 120+ feet and ready to step on the mound for rehab in just about a week! What does this mean though?

Well for starters this was not supposed to happen till EARLY MAY per his rehab schedule.

As such HE IS WAY AHEAD OF SCHEDULE! I still do not expect him till somewhere in late May to late June but yeah this is great, GREAT news for Yankees fans!

Almost all Yankees fan’s were clamoring all offseason for a #2 in the rotation and for their efforts for RHP Corey Kluber, RHP Jamison Tallion, and RHP Jhoulys Chacin.

Not what they were expecting but could be top notch talent if they prove healthy and pitch to their know abilities.!

Imagine if the Yankees knew all along Sevy would be back by June to be that #2?

Even if they knew they could only get say 15 starts from Kluber or Tallion they’re already covered.

Again Sevy’s current pace has him returning the 2nd week of May which again places him 2 MONTHS AHEAD OF THE EXPECTATION CASHMAN GAVE!

He’s throwing very well and smoothly from what I noticed in the video’s and Aaron Boone even said he’s way, WAY ahead of schedule and looking amazing.

Its definitely something to keep an eye on.

If Sevy returns in May and pitches anywhere close to his ACE form of 2 years ago LOOK OUT! The Yankees would have 2 TRUE ACES! It would be like trading for RHP Luis Castillo MID SAESON!

Yankees fans get excited cause the best home grown starter in a long time is on his way back super fast!

Brian Cashman would be the 1st to know about such progress in a rehab assignment. Very interesting.

What ever the reason’s behind it are Luis Severino is well, WELL ahead of schedule and its great news for Yankees fans!