WHAT? Why is Mike Trout considered the best player in the game WHEN HE’S BARELY ABOVE AVERAGE AT EVERYTHING? (PLEASE DONATE AT CASHAPP: TOPSPORTSMIND TO KEEP MY AMAZING CONTENT COMING!) 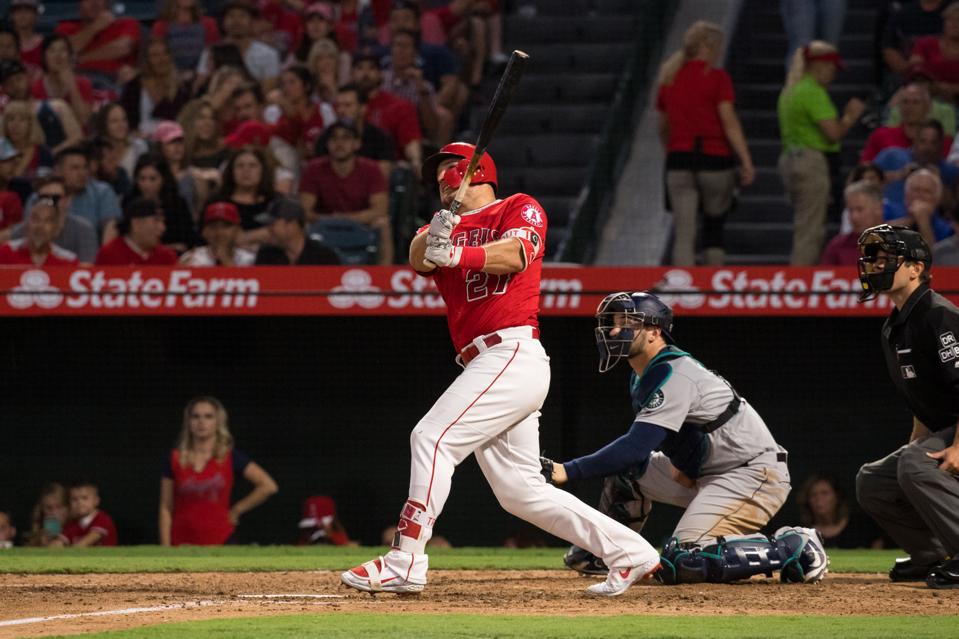 When you dig into the Stats there’s over 100 players averaging BETTER on every stat then Trout! ITS NO CLOSE EITHER! Lets dig!

Lets start with what makes a truly great player and a best in the game player? People really have no clue on this one! Likability has literally NOTHING to do with it! Miguel Cabrera getting a triple crown? YES! Unparalleled! Trout has never come close o to that! Setting a HR record? YOU BET! A truly great feat when unaided by juiced balls.

THE LIST GOES ON AND ON OF PLAYERS BETTER THEN TROUT! ITS NOW CLOSE! Take Garrett Cole who put of the best pitching season in DECADES last year. THE CLEAR BEST PLAYER IN THE GAME! 2.50 ERA 212.1 IP 326 K’s! CLEAR SEPARATION FROM ANY OTHER PLAYER! That’s what makes a tops in the game player! Take DJ LeMahieu’s season last year where he lead the majors by landslides in clutch hits, Multi hit games and ETC. ETC. ETC. EASILY MAKING HIM THE BEST PURE HITTER IN THE GAME!

When we look at career highs we find Trout with 45 HR’s. 279 CURRENT PLAYERS HAVE BETTER! RBI’S? 111 for Trout with 577 players HAVING BETTER! Batting Average? .326 which 137 CURRENT PLAYER have done better! NOTHING AND I MEAN NOTHING STICKS OUT TO MAKE TROUT EVEN TOP 2100 IN THE GAME! SAME WITH MOOKIE BETTS! Its a FAR WIDER gap proving Betts down!

Stop falling for the lies of the media! Just because a player is likable doesn’t for a second mean a player is Better then average! That’s like calling Luke Doncic the best player in basketball or Ryan Tannehill the best player in football or Tony Finau the best golfer in the game! STOP IT PEOPLE! Stop letting blatantly rigged metrics and biased media cloud your thinking! Here’s the true top 10 players in the game:

AS you can tell some players have forced their way on it while others fell off like Yelich after I dug into his stats.

Go off real stats and how great a player is! A truly best in the game player is like Barry Bonds who put up seasons no other player came close to. Or Gerrit Cole putting up a once in a generation pitching season(HE WILL AGAIN MULTIPLE MORE TIMES AS WELL)! Or Nolan Ryan putting up 3 NO hitters in one year! AND ETC

NEVER BELIEVE LIES OF THE BIASED MEDIA OR METRICS! For example Aaron Judge leads the majors in defensive runs saved but is not credited with it. He’s literally saved over 250 runs with his throws and such but they only count ones where a players is tagged out in the Metrics. Trouts ranks under 100th in the game in defensive runs saved in all actuality! Just more proof why Metrics need to go ASAP! They are made for promote Trout, Betts and etc to tiers they have never approached and are destroying the best pure sport ever invented! Case rested!