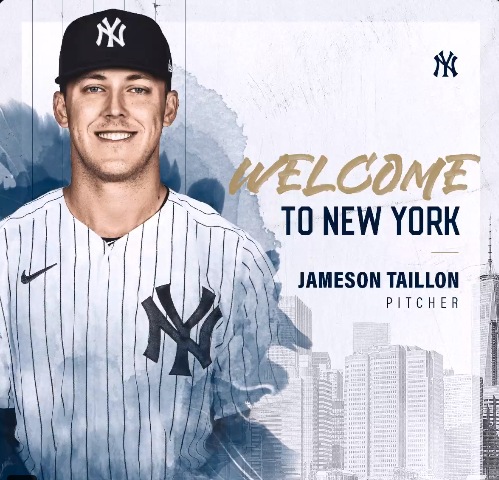 As we move to within 10 days of pitchers and catchers reordering lets take a look where the Yankees stand right now.

Lets start with the current starting rotation. It looks like this:

Looks a ton better then it did but still desperately needs a proven innings eater to help Cole out atop the rotation! (Thank heavens we know that will not be the freak show Trevor Bauer right?)

The best option by far is REDS ACE RHP Luis Castillo whom we know the teams have had long standing trade talks about. Other options are whom the Yankees have had talks to varying degrees for are:

That’s all they are known to be connected too. Take your best guess at who the Yankees will ultimately grab as that’s all anyone can do. Castillo remains the most likely and then Manaea.

Now for the current lineup:

To name most of them. Story and Gallo seem by far the most likely but no one actually knows Cashman’s thinking here. He did promise he would get some lefty power bats so stay alert here!

The Yankees could 100% use a Marwin Gonzalez type utility guy to replace Tyler Wade.

Could definitely use another arm such as Jake McGee or Trevor Rosenthal or both!

The Yankees are 100% still going to make some moves! The question is what moves?

The only one that can EASILY be ruled out is OF Brett Gardner. He’s 100% gone! Not only do the Yankees have no need for him or place to play him BUT… He’s proven completely worthless with his 1-16 post season!

The moves I would make is trade for Castillo + Gallo in a 3 team trade, then sign ALL 3 of LHP Jake McGee, INF/OF Marwin Gonzalez, and RHP Trevor Rosenthal.

Remember Cashman guaranteed the Yankees would have the highest payroll but are $42 Million behind the Dodgers now… The Yankees gonna have to make some moves!