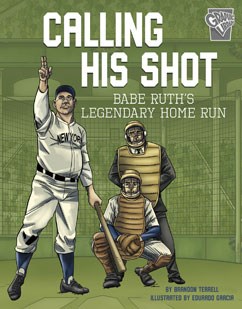 As I have been around and part of baseball for my whole life due to being born in a baseball family I have heard numerous Home Runs Calls. Then Ken Singleton retired today (MAY HE EVER SO MUCH ENJOY RETIREMENT!), and it got me thinking. What makes a great home run call? Lets discuss it.

I often remember all I have heard and such know the best I have ever heard. It was by Salt Lake Bees/Stingers/BUZZ, UTAH JAZZ, and Weber State great Steve Klauke. His went like this:

“There’s a deep fly ball, its up there, its out there, and its gone!”

What made this great? It got me excited! I knew it was Home Run from the call. It was great. All fans LOVE IT! STILL DO TO THIS DAY! To me that is what makes a great home run call!

So what is the worst one ever? Sadly by White Sox announcer, Ken ‘Hawk’ Harrelson with this brain dead one:

YIKES… This one drove me berserk every time I heard it So annoying. You can hardly tell what’s going on. Just a terrible one. Very creative but terrible. Could’ve been so much better addressing the home run and not the scoreboard.

Ken Singletons was great as well being:

So simple yet to the point.

The San Francisco Giants’ Duane Eugene Kuiper has a great one as well though is also makes a gross error… It’s this:

The Cleveland Indians, Rick Manning has a good one but as well, it could use work. Its this:

“Deep drive, fielder going back, he’s out of room its out of here!”

The major issue with this is AGAIN saying  “Its out of here” as it did not leave the stadium 99% of the time so its not true. Its a very good one none the less.

The absolutely best way to do it is to use verbiage clear indicating its a home run while also being energetic and grabs the fans instantly.

Such as Joe Bucks classic heard on MLB on FOX for the last few decades:

Its amazing to ponder over all the different ones and imagine which are the best and such the facts remain one must get the crowd involved, address what’s happening and NOT the scoreboard, and just have fun!

Also create you own unique calls if possible!