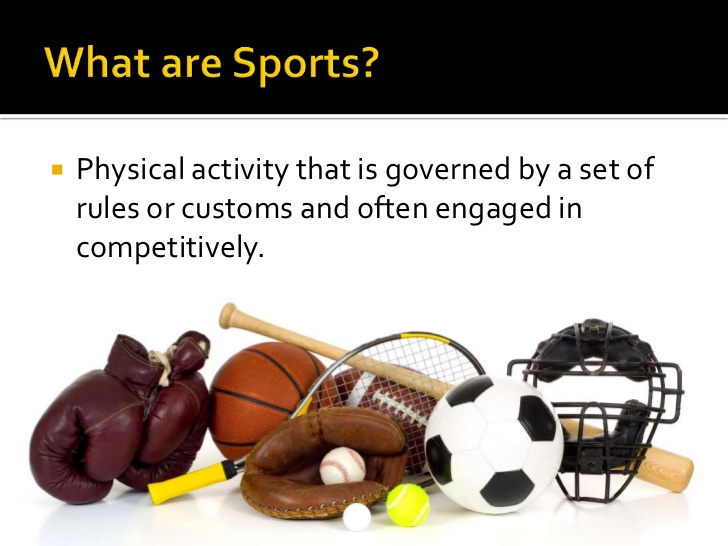 The more and more I watch sports I have to ask such questions as what are sports? Why do we waste so much time on them? Why do we idolize them so much? etc. They are questions we all must ask ourselves.

Well I must say that Sports were never created to turn themselves and men into idols and such yet here we are. They were created to give people something fun to do when there’s nothing else to do.  Such things are very wrong!

I sued to be so into sports nothing else matters BUT… That changed when I realized how much of a waste of time they are. How much of my own time I was wasting on them. Now I only watch them as part of my live video’s for my business. A much better way to do things!

Listen we all have seen the nasty fans who scream and rave when their team loses or loses in FA or trades a player they loved. It happens and such is pure idolization of man. This is not right or even legal in the USA.

Again I ask why are we making such idols out of mere men just like we are? The constitution even bans this with its antihierarchy clause stating all men are created equal. Thus such idolization is pre evil and illegal actually!

What makes any human think a man is special just because they play a sport, A MERE GAME? Heck I can as well but never had the physical health to pull it off.

Does hat make me any less of a man then LBJ or MJ or even Babe Ruth? Not at all! There in lies one of the biggest fallacies in life! The fallacy that because a man is great at playing a game he must get special treatment and idolizations that are banned in the constitution!

Part of this life is injustice and learning to deal with and handle it! Its a major part of why we are in this life!

So why do we waste so much time on sports? Easy answer is the Devil knows the human tenancies and exploits them for his own gain with sports, music, movies, etc.

The hard answer is its so fun and an amazing experience to be involved and think we as fans help players and such by wasting to much time and money on sports. We turn games and mere men into false God’s and idols. Where is the real joy in this?

This is the same attitude that makes mere men like you and I feel special just being around other mere men JUST LIKE YOU AND I!

Can I make it any more clear then to say no one, no matter their job, their abilities, their public status, badge on their chest etc. is better then any other man? WE ARE ALL ON THE SAME, IDENTICAL JOURNEY CALLED LIFE!

I used to get as upset as anyone when my team lost and such but I learned and no longer do. People have noticed this in my life video’s how my demeaner has completely changed.

How you ask? Because something so incredibly monumental happened in my life that forced me to realize how selfish I had been. I was at a Ward (Church congregation) Activity on a Monday night. While there I met a girl for the 1st time who blew me away with how amazing she was. The person I felt inside of her and not just her amazing physical looks.

How many guys even try to look beyond the physical like thus???

While getting to know her over the last 13 months since we met. I began to realize just how special and amazing a person she is and how if I ever have a chance to win over and marry such a special girl it would take all the humility and love I could muster. It would take a complete change in me [personally as I could never subject such a special, Amazing person to such behavior and attitudes.

Thus I made a very quick change how I watched sports, the way I went through life, etc. I have no choice or I sabotage myself. Get it now?

She emphasized this to me even more the other day when we talked and I apologized to her for my wrong doings against her and she had already forgotten them and moved on. How could I not change and prove myself worthy of one day marrying such a special, angelic person with such a kind, soft, loving heart?

That would be my greatest joy in life! To have such a special angelic soul by my side helping me all along life’s journey and who I would be so blessed as to help through life’s journey as well! It is now in God’s hands now as to whether anything happens between her and I. I will leave it there!

This is the challenge we all face in life. How to we adjust for the better when life proves it necessary? How do we grow to appreciate life and going to sports game, meeting athletes etc. without turning them into false idols? This is what we all must learn!

I now take this time to remind everyone that all athletes, coaches, owners, refs/officials/umpires, musicians, actors, politicians, etc. ARE MERELY HUMAN BEINGS JUST LIKE YOU AND I! They deserve no more special treatment that you and I!

A sport is merely a game played by mere humans for fun and entertainment.

May we never take these out of context again. Lets try and keep important things in mind and realize games and just that, games. A fun time with others.

I know I will and have been making such adjustments in my life. I learn new things every day and always will. I make this promise to all who read this to never swear again. to never get upset again when my team loses. Its just not worth it and especially if it costs me a chance at maybe the most special, amazing girl I have ever met!

I will do better and urge all who read this to follow my lead here!

Enough with false idolization, false god’s and making more out of mere men then they are! Lets keep things in focus and in line with where they should be! For, we are all the same journey called life and no man, woman or child is greater then another!