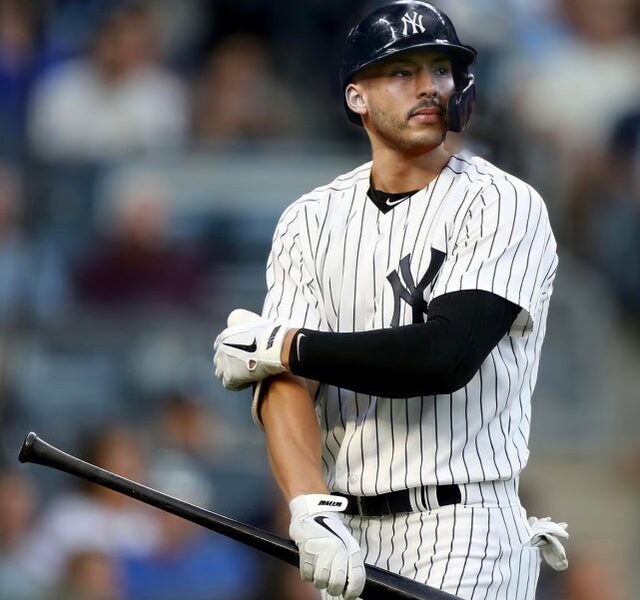 As we heard this morning major movement is happening in the MLB CBA talks. The MLB PA is imminently making a counter offer to the MLB and making some concessions in an effort to get the deal done. As such this means FA restarting is getting closer and closer.

Lets take a look at the #1 POST LOCKOUT FA and why he may have a rock solid plan to get the Yankees to sign him.

There’s only one way the Yankees actually sign him. That is via a incentive laden deal based o n games played and production at the plate.

For example say the Yankees make Correa a 10 year $150 Million deal be with incentives that can take it all the way to $350 Million or $35 Million per year.

Thus the Yankees protect themselves and their $$ while also filling their biggest hole. They are only bound to $15 Million per year unless Correa has a monster year. Of course which he easily could.

This puts pressure on Correa to play well can takes all the pressure off the Yankees and Hal’s pocket book.

The best part of this for Correa and pro Correa Yankees fans is the fact Scott Boras, Correa’s new agent, is a master of getting done such deals.

IS THIS WHY CARLOS CORREA HIRED BORAS?

Is must be AT LEAST part of it.

Consider this, Correa knows the Yankees will only considering signing him if their financials are protected thus he switches agents to the one agent known for create FA deals such as the afore mentioned one.

Also Boras and Correa know that Cashman has done them before.

Another thing that Correa knows is the only 2 FA SS’s the Yankees have made offers 2 thus far, ARE BORAS CLIENTS SEAGER ADN SEMIEN! Thus he knows Boras can get him in talks with the Yankees.

This move to hiring Boras seems directly attached to Correa’s infatuation with being a Yankee.

If you really think about it, it makes almost no sense to change agents at this point in the offseason UNLESS… Correa believes it increases his chances at getting on the team he wants to be on, which of course is the Yankees.

This type of move by a player is incredibly rare. Always happens with a plan to get on a certain team.

Now its Correa’s turn to get creative and get the Yankees to sign him to a deal such at the afore mentioned one.

Does this happen though? This part remains very hard to say. The Yankees were in contact with him though not active talks before the lockout. Thus common sense says they will contact him after the lockout.

Pay very close attention once the lockout ends. The 1st 2 days will tell a major tale her.  If Correa is serious about being a Yankee we will know almost instantly after the lockout and such a afore mentioned deal will happen!

The Cubs, Dodgers, Phillies, and Redsox also known to have talked to Correa after the Astros brain dead offer to him.

The impact of Boras now being involved removes most teams from even trying for Correa though. I guess we will see what happens but odds are is the Yankees, Phillies or Dodgers now for Correa. I just cannot see the Redsox coughing up the $$ is will take to land him!