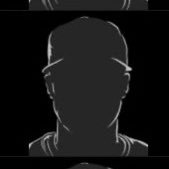 The MLB just came in with a great plan. A plan that makes sense for everyone involved.

1st we heard this early this morning that only 4 teams voted AGAINST skyrocketing the luxury tax meaning ITS GOING WAY UP:

Again this tells us there’s 26 votes to up the luxury tax. Its going up. That’s done.

Then this just broke which is an amazingly good plan by the MLB:

The MLBPA has offered to reopen talks about a 14-team playoff field in exchange for CBT flexibility https://t.co/67EMiqNw7O pic.twitter.com/nJQxfrJiGy

Remember the owners already agreed to raise the Luxury tax to $240 Million+. Thus why not make a deal to make loads of $$ back from it? IT MAKES PERFECT SENSE!

Also 20-20 taught us the more playoff teams the BY FAR more $$ the league and owners make!

The other side of this is 2 expansion teams being added IS COMING AND VERY SOON! AS JUSTIN VERLANDER’S BRITHER said:

Remember for those not happy with 14 teams potentially making the playoffs. I believe expansion is imminent within the next few years in baseball meaning 2 more teams are coming.

Think about it! Why else expand the playoffs unless 2 more teams being added to the league is imminent?

THIS IS FACT! Expansion by 2 teams to even with the other pro sports is coming VERY, VERY soon! They will be in 2 of these ALREADY APPROVED cities(THE A’s Are Staying):

No other Cities is on the MLB’s list as of right now. If I had to guess Las Vegas, and either Orlando or Brooklyn get the teams.

Such a genius plan by the MLB and should FINALLY get baseball back. Does the MLBPA jump on it? Lets see what happens…