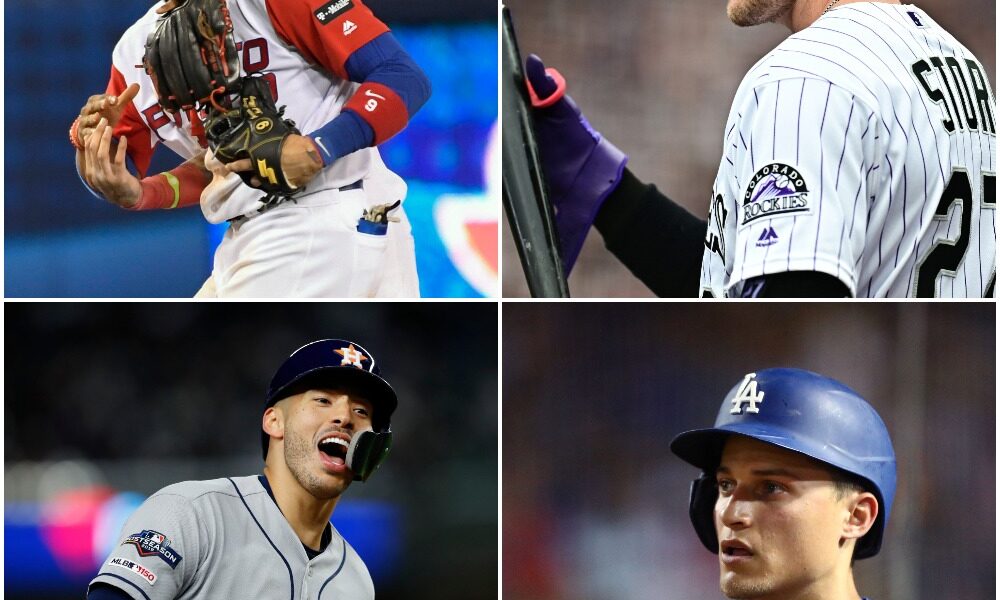 We are getting more and more info about what the SS Market will look like. Lets take a lookin ranked order:

The World Series gets underway on Tuesday, but that doesn’t mean we can’t look ahead a little. It’s the debut of the Hot Stove Beat Report! Shortstops, Scherzer, spending and more! https://t.co/oxxrYs5X0z

The Yankees and Dodgers are confirmed to be the teams to watch here. I fully expect him to switch sides of the country and head to the Bronx. The Dodgers have to save $$ to get a 2B, keep Kershaw and Scherzer, and etc., etc., etc.! Seager will be heading to the Yankees is the belief around the industry! Also that the Yankees will turn around and sig his bro Kyle.

This one is anyone’s guess. Already connected to the Dodgers, Mets, CUBS, Rangers, Phillies, Braves, PADRES, ETC. If I had to wager a guess its the Cubs or Mets as of right now. Yes the Dodgers are looking at him as a 2B but may try to get Torres from the Yankees 1st.

Another player connected to several teams including the Dodgers, Mets, YANKEES, Cubs,, Blue Jays, Rangers, ETC. He’s going to demand well over $30 Million per after his monster season in Toronto. I would guess Dodgers, Cubs, or Rangers here. Just the way the rumblings around the market feels.

He has been linked to 4 teams and counting, in the Yankees, Cubs, Phillies, and Rangers. I am sure the Dodgers will ask him about playing 2B but yeah so very doubtful. I have the feeling its the Rangers or Cubs. Talk is they will make the strongest runs at him.

Yes he is the worst of the bunch by far! Nothing more then a proven cheater who mocked his team, fanbase, and everything baseball stands for! HIs former teammate Springer just proved this struggling to bat even .250 WITH A SHORTENED SEASON TO BLOAT HIS STATS! This emphasizes they are still stealing signs and never stopped! Jays are a known PED using team so yeah…

That said… As Mark Fiendsand says the Tigers are the only team as of right now even linked to Correa besides the Astros. The Tigers have his good friend and mentor AJ Hinch at manager as well. I would be surprised if he does not end up with the Tigers. Keep an eye on the Phillies here though.

There’s a close look at where things stand as of right now. Stay alert as new info could surface at any time.