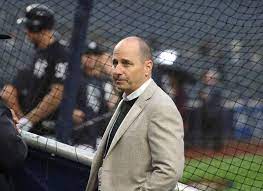 As we push even closer to the trade deadline rumblings and rumors abound around the Yankees. They’re only getting louder! 1 thing is clear though, Yankees owner Hal Stienbrenner is furious with the way his team has played and is ready to make some moves. Hal himself said the luxury tax means nothing when upgrades are needed.

Here is what I would do if I was the Yankees GM this trade deadline! Bare in mind I ran everything through that same website Pete Simonetti did. I will try as Pete did to be realistic as I possibly can BUT at the same time I will suggest a dream trade that’s not very likely. You should know that one when you see it.

I will also be going off current rumors and rumblings.

I will do 5 trades as he did and see what good I can do. Then 1 final trade to round it up.

The 1st move I make is remove unnecessary weaknesses from the Yankees.

Gardner has had more then his fair time with the Yankees and now is hurting the Yankees incredibly bad every game! HE MUST GO! Wade is as useless as any player in the game! This also frees up 2, 40 man spots!

A necessary move at this point as Torres has been that bad. Yankees get Story (Maybe with an extension) and Tapia, while the Rockies get Torres, Brouex, Higgy, and a lower level prospect. Ya know just maybe the Yankees get Ryan McMahon in this trade as well? Just sayin…

Trade for RHP Jose Berrios just like Pete did.

Voit and Prospects for Berrios. Makes to much sense not to make this trade.

Trade whatever it takes to get LHP Josh Hader.

I trade Justin Wilson, Luis Gil, Miguel Andujar, and Antonio Gomez for Hader. It gets the Yankees a dominant reliever who is not performing well for the Brewers lately. You do have to blow away the division leading Brewers as I suggest here to make this long rumored trade.

Before the last trade I suggest…

Now I cannot for a second believe the Yankees will even ask about Adam Frazier knowing that at minimum of 18 teams are after him. Yes the Yankees are one. Therefor I don’t even try for that one. I do not expect any Ketel Marte trade due to his injury’s.

The Nationals are back in the division hunt so no chance on Scherzer either. I would absolutely love the Yankees to land Danny Duffy but I just cannot see that trade either. Finally… Ketel Marte will not be a Yankee unless he proves himself healthy. If he proves himself healthy then I trade for him OVER Tapia. Starlin Marte is not happening period though. No interest at all there from the Yankees.

Trade for Rich Rodriguez as Pete did.

Yankees get bullpen depth while losing a top prospect in Alcantara, and multiple yong pitching guys.

After this I call up Gittens and give him 1B. Estevan Florial and Hoy Jun Park come up as well as veteran back stop Rob Brantley. I choose Brantley for his lefty power bat (Yes he still has some good pop in that bat).

After these moves here is my new Yankees Lineup:

Alas some lefty pop in that lineup! Not as much as needed but will do for now as Story adds a high average bat being a career .281 hitter.

Yankees new bench after my changes?

A nice bench with pop and with versatility to go with the other Yankees in the lineup. Yes all lefties but its what the Yankees need. A TON MORE LEFTIES!

Notice no Chapman? I IL him unless traded after I make him available. He’s been that bad. I think in fact I 60 day IL him for now. Some thing is so very off with Chapman is beyond alarming!

All in all I made a dominant versatile team. I know there are numerous ways to do it as well. SO many players to look at BUT… the hottest names around the Yankees RIGHT NOW are Gallo, Story, Berrios, and Ketel Marte so I worked the best I could with that.