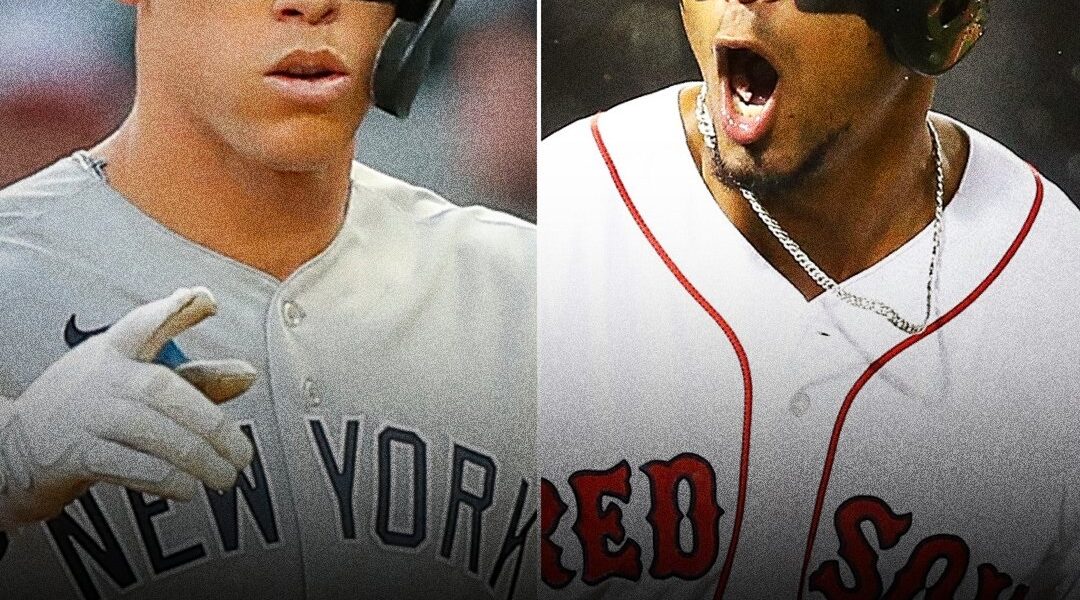 Its Wild card day. Lets take a deep look at the AL Wild Card Game and see what to expect and make a prediction of what will happen!

The Redsox have NEITHER of their top 2 starters Chris Sale or Eduardo Rodriguez available forcing them to pitch a starter the Yankees have owned in Nathan Eovaldi. Ever since he left the Yankees they have pummeled him. They just beat him down not 10 days ago for 7 runs in 2.2 IP.

Weakness #2 there’s no chance OF/DH JD Martinez even plays due to a severely injured left ankle! Terrible news for the Redsox even though the Yankees have completely controlled Martinez all year! A big, BIG bat is out of their lineup.

No J.D. for Sox and no DJ for Yankees..I guess those letters are unlucky for the two rivals right now.

The Redsox are 9-9 after Off days as this Wild Card Game will be.

Well what strengths? Against the Yankees the last 11 games the Yankees are 9-2. The Yankees have even won the last 5 in FENWAY. I guess you could say the Redsox heath but after Martinez went down that’s even weak. The Redsox really have no strength’s other then the game being in Fenway, they can use on the Yankees. Even their defense is bad committing the most errors in the MLB lead by Devers 22 which is by far the most of all 3B in the game.

Garrit Cole has not been himself lately. Can he return to his unbelievably dominant October form (5-0 all time with a 2.12 ERA!)? If so the Redsox are doomed! Can the bullpen stay dominant or do they have a flop game at the worst possible time? Can the offense explode just as they did to sweep the Redsox IN FENWAY not 10 days ago? Lots of questions that only the game can answer! DJ is out for the game (Likely the post season) as well but the Yankees should have the bats to survive!

The Yankees have baseball’s most dominant bullpen with German, King, Sevy(Luis Severino), Johnny L., Chapman, etc. going full bore and dominating! If this becomes a bullpen game the Yankees EASILY win! Stanton OWNS Fenway and the Redsox! He has been destroying them all year and just put up historical 3 HR 10 RBI’s over 3 games #’s in Fenway. Look out here. The Yankees have their ACE going whereas the Redsux their 3# who is really a #5 guy. Massive advantage for the Yankees here.

The Yankees are 15-6 after off days the best record in the MLB:

Yankees are 15-6 after an off day, so there’s something.

The Yankees also brought Greg Allen back today wo will play CF and lead off and C rob Brantley:

Prior to tonight’s game, the Yankees made the following roster moves:
•Designated LHP Andrew Heaney and RHP Brody Koerner for assignment.
•Selected OF Greg Allen (#22) and C Rob Brantly (#62).

As I look at this game I see the Yankees as the far better team and far, FAR better positioned to win this game! The Yankees have the bats to replace their missing star in DJ LeMahieu but the Redsox have absolutely no one to replace JD Martinez even with Kyle Schwarber set to DH for him.

Yankees 11 Redsox 2. Cole will be that dominant as will the Yankees bullpen! The Yankees bats lead by Judge and Stanton will explode again. Maybe we’ll even get a surprise from Joey Gallo in his1st career playoff game! I am fully confident that Rizzo comes up huge for the Yankees as well. The due can still really hit!

Get excited baseball fans! Its all system’s go for this AL Wild Card Game!