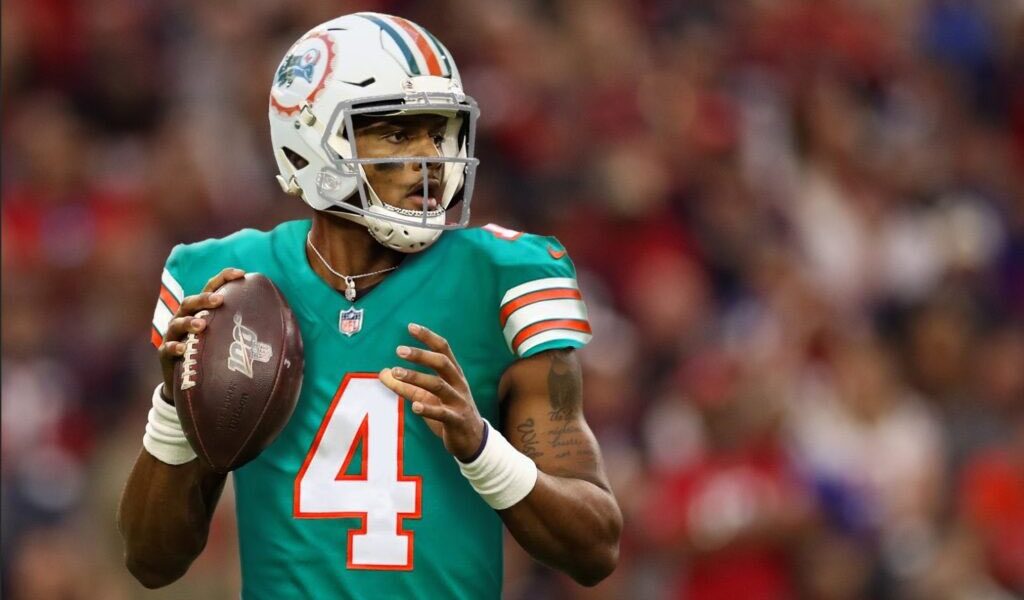 Sources tell The King Source that the Miami Dolphins and Houston Texans are working all out on a Deshaun Watson trade (More on this a bit later in this article). This time it appears to be getting done.

We at The King Source are not the only ones hearing this either: 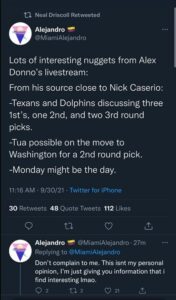 As you can see others are hearing this as well.

CBSSports confirms the trade demand has lowered quite a bit:

The latest on the Deshaun Watson trade rumors from NFL insider @JosinaAnderson.

• Texans asking price = three 1st round picks + 3 additional assets
• "Nothing firm has materialized"
• "There are members in the Dolphins brass who are interested in pulling the trigger" pic.twitter.com/R1siIDp0aZ

Everyone knew the price tag would fall! IT was a matter of time!

Let’s take a deep dive into every aspect of a possible Dolphins trade for Deshaun Watson | Analysis by @OmarKelly https://t.co/fBVPTXBUKg

I did some checking with Watson’s agent, The Texans, and my Family lines (REMEMBER STEPHEN ROSS IS MY COUSIN) and was told this:

Texans side: “The trade talks are there and strong! Nothing as of yet imminent!”

Watson’s Agent: “We believe the trade is going down very, VERY soon!”

Dolphins side though family lines: “Dolphins are definitely trying! They definitely want him! They love that he wants to be in Miami!”

When I asked what the price tag was I was told this: “Dolphins offering for 1st round selections or future 1st rounders right now. Texans have not said no!”

So at this point I do think the trade gets down but I am unsure exactly when. Sooner then later makes the most sense!