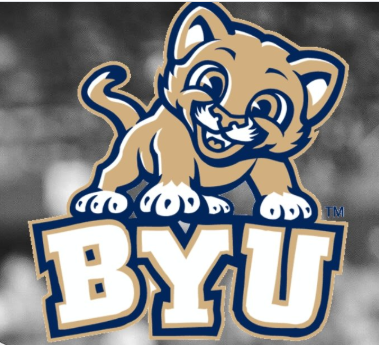 The longer BYU has its sports in the WCC the worse it gets! BYU has no choice! GET OUT OF THE WCC ASAP!

The WCC is 100% rigged for Gonzaga! Gonzaga is nowhere near as good as made out to be! They merely have the refs 100% in their pockets!

Its despicable and gets worse by the year!

Year after year the WCC’s BS cheating refs force BYU to lose to teams not good enough to touch them! Its beyond infuriating!

Exactly what I feared would happen DID HAPPENE TONIGHT!

BYU dominated the game the whole 1st half but as soon as the 2nd half started every freakin call when Gonzaga’s way as the refs blatantly rigged and threw the game!

Gonzaga even got away with a BLATANT FLAGRANT 2 when Kespert kicked Barcello in the freakin face!

At least 23 time sin the 2nd half alone Gonzaga got away with blatant violations! That’s the only reason Gonzaga EVER wins!

To put it plain and simple the WCC is straight up cancer for BYU athletics!

The BYU woman were even forced to lose to the Gonzaga woman today. Again 100% rigged!

Year after year BYU has BY FAR the best team in the WCC only for the refs to screw the crap out of them!

Its beyond rigged at this point!

Its criminal for BYU to stay in the WCC!

I will say it again to BYU! GET OUT OF THE WCC ASAP!

All totaled in this WCC tourney BYU was called for 61, YES AIXTY ONE fouls. Their opponents just 37.

In the title game BYU was called for 33 fouls to Gonzaga’s 11. MORE PROOF OF BLATANT RIGGING!

Gonzaga and Pepperdine against BYU got away with countless other violations as well.

BYU has no choice! They absolutely HAVE TO leave the WCC RIGHT NOW!

Do what ever take takes but get out NOW!