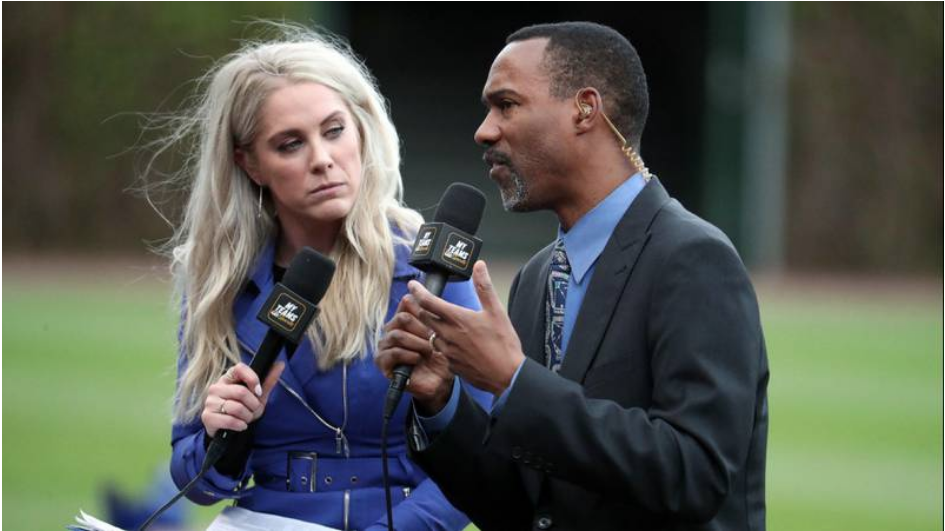 I just ran into an article by Doug Glanville. and to say I was appalled to no end from what I read is to state it incredibly mildly. Here’s the article:

Now why was I appalled? I must start by saying I am a cousin of Jackie Robinson’s. His 3rd cousin twice removed to be exact. As such yes I am in his family organization and no I am not 100% white.

Now I will state nothing lightly here but I have to stake a stand after what Glanville so rudely and anti Americanly stated. I must on behalf of the family and Americans everywhere.

In this article about 80% of it is Glanville throwing around communist lies that blacks are disadvantaged due to the color of their skin. THIS IS NOT TRUE AT ALL!

Over 60% of current NBA players ARE BLACK!

Its also know fact blacks in Scholly’s and NBA contracts or whites 100% of the time. Actually in all sports now! This alone proves it lies.

Then he goes off on the EMPHATICALLY BLATANT LIE that black men have a unique right to decide what they are called because they are black.

EXCUSE ME??? YO EVER READ THE ANTI HIERARCHY CLAUSE IN THE CONSTITUTION?

Let me make this clear, NO ONE HAS ANY SPECIAL RIGHTS IN THIS COUNTRY DUE TO THE COLOR OF THEIR SKIN! That’s against everything this country stands for (AGAIN SEE The Anti Hierarchy clause within the constitution.) and GOD’S LAW!

We need to stop such anti American bigoted communist lies! The color of a person’s skin means absolutely NOHTING no matter what it is about! ESPECIALLY SIMPLY JOKING ABOUT A NAME!

For the record yes I asked the Jackie Robinson family about the Tim Andersen-Josh Donaldson spat. They laughed and said they didn’t give a rats behind about Josh Donaldson’s actions. They were pissed off as all get out and Tim Anderson for mocking Jackie’s name though. WHERE’S THE SUSPENSION FOR HIM?

Glanville even uses the CONVICTED MURDERER, RAPIST, AND PEDOFILE George Floyd to make his point which is as embarrassing as it gets! Its embarrassing to even see his name in print knowing he raped and murdered 3 girls INCLUDING 2 MINORS!

I refuse to even quote the crap he said! HOW DO PEOPLE NOT GET THIS WAS A VIOLENT CRIMINAL BEING SERVED A FEDERAL FELONY WARRANT?

Then Glanville makes the absolutely BRAIN DEAD mistake to say that just by being black your family name is at risk!

I was made more fun of and degraded more for my name ending with “F. King” then any black man has ever been made fun of or degraded for their name.

In fact over 98% of people love black names! ESPECIALLY awesome ones like Anderson and Robinson.

There’s so many awesome names out there!

LET ME MAKE THIS CLEAR no one is degrading ANY PERSON’S NAME OR FAMILY just because they are black!

One of my absolutely best friends is black! I call him President Joseph Freeman (1st councilor in the Granger North Stake Presidency). Here I am with him:

He’s a great man. He fully understands skin color means nothing and the racist issues in this world are against ALL RACES and not any single race. Also that those most calling “racist CLAIMS” ARE THE ACTUAL RACISTS!

Then Glanville says something so dump I am getting a head ache just reading it. Here it is:

EXCUSE ME???? How the crap has this world strayed so far that people take offense to blatant jokes SIMPLY BECUASE THEY ARE BLACK? Talk about being racist!

As Alexander William Kinglake said: “Sticks and stone may break my bones but words can never break me!”

Every person on this planet ESPECIALLY Tim Anderson and Doug Glanville MUST LEARN THIS!

He then miss uses a situation that happened in a city council meeting. Here that is:

I get Part of what he (Glanville) is saying BUT… In such a setting she has no grounds to demand to be called DOCTOR. The degree has no barring in this meeting. She is no doctor in such a meeting just a common citizen and as such its 100% a racist, bigoted move by her to demand it.

How is Doug Glanville such a communist bigot throughout this whole article?

I am so appalled by Doug Glanville and how he can even write this crap! How can he be such a racist bigoted hateful person to author such racist bigoted communist crap?

I urge him to retract this ASAP before he gets blackballed from the game for it!

Its just more proof we must at all costs keep all this politics and political agendas OUT OF SPORTS period! all this stuff does in embarrass America’s pastime!