So in recent statements by the Rays ownership makes them seem a s cocky as ever. 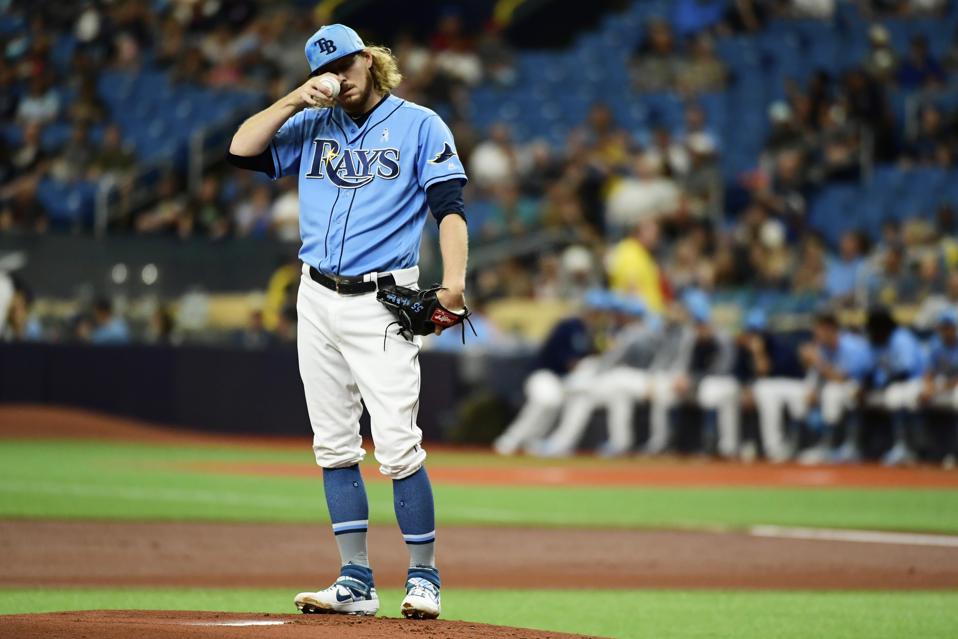 Here’s one of them:

#Rays Sternberg on the AL East: “our division is going to be hard because we have the best team or the second best team in baseball that we’re competing against, which is the usual, but I think we’re going to give them a run for their money.”

UM WHAT? The Rays will be as lucky as they come to finish within 20 games of a 103 win Yankees team that added the best pitcher in the game!

The Rays lost 3 of their best hitter, and traded their best bullpen arm,. They project as a 80-85 win team. The Yankees on the other hand project to 105-115 wins.

Someone needs to wake the Rays up. They  literally cannot compete with the Yankees. They don’t have that ability! The Yankees will be 15+ Games up on the whole AL EAST by the All Star game according to projections. Here’s the AL EAST 2020 projection I will break down to average out projections:

Again what are the Rays smoking? The Yankees are freakin loaded and will run away. ts a no contest in the AL EAST!

The Yankees now have the best rotation in the game with 2 ACES anchoring it in Gerrett Cole and Luis Severino Severino. The the EASILY best #3 man in the game in James Paxton and the best BY A LAND SLIDE #4 man in Masairo Tanaka. THEN The BY FAR BEST #5 man that teams dream of having in Domingo German when he eventually gets back. The Rays 1-2-3 of Glasnow-Snell-Morton can;t touch that! THE YANKEES WILL NOT BEAT MOST ACES DUE TO THIS! No team can top this rotation:

Name any other team with that kind of depth and let alone the Rays who only have 3 SP’s? Literally impossible! As I said the Yankees are loaded! LOADED! Even with their plethora of bullpen arms! 18 MLB guys. My Goodness. The Yankees AAA team could have a better pitching staff then most major league teams! Here’s the Bullpen guys:

Rays give it up! You don’t have a chance! The Yankees are to good and to deep for any team to handle and let alone the Rays!

2 thoughts on “Rays getting too cocky? Sure seems like it…”