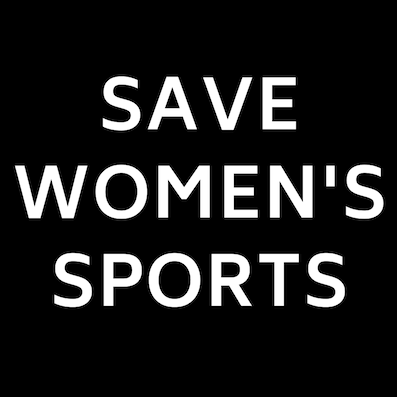 This is a fiery subject. One I never imagined I would have to write on BUT… My unique perspective as you will soon learn gives my the proper point of view.

Back in 2008 I was offered the chance to be an Assistant Athletic Director with SLCC (Salt Lake Community College) ON AN INTERIM BASIS. I jumped on it out of my love for sports. As such I started working with all the boys and girls sports teams there (Basketball, Softball/Baseball, and Volleyball most of all).

It taught me how different girls are from boys. Men are from Weman, From their demeanor, to how they act, how they are built, ETC. EVERYTHING is different.

Take Tara and Kara Bendt, TWIN SISTERS I worked with. One was a slap hitter but the other had great pop. One lead off style swing while the other batted down lower in the order. Sweet caring girls who loved their sports and whom I never saw saw even get upset on the softball field.

Compare these sweet girls to Scott Manning who I saw in fights 3 times. ANd his head coach DG Nelson wh I watched get Ejected TWICE. For good reason. HAHA

The girls had the same reasons but stayed calm as that is the female demeanor and they way they are naturally.

What I learned from these amazing ladies is they need each other to form a cohesive group that can to unbelievable things. They need a group of LADIES, that think like the lovely amazing ladies they are.

What I saw on this team was amazing. The communication was non stop. The friendships and such was unbelievable. They were closer then any other team I have ever seen at any level!

This however would’ve been completely destroyed by a biological male infiltrating that locker room.

Yes a few of the coaches were men but we (Mike, Jason, and I as part of my Ass. Athletic Director’s position) made a point to leave the locker room before the girls got dressed and such. Any biological male in their would’ve creeped them out to no end.

Shay Goulding Meurer the former, AND NOW CURRENT coach there was an amazing person, a,mazing at leading the team and bringing them together but even she did not want men anywhere near that team except as coaches.

By doing this they avoided all unnecessary distractions and such that would only destroy team chemistry.

Now listen, these girls were all the best of friends and forcing them to play with LITERALLY A MAN would have destroyed them in every way. Not having to worry about it was the most amazing thing for them as they could just play and have fun together!

What made the most amazing friendships between me and these girls was knowing it was me and a bunch of girls. I was never comfortable around girls growing up and even in college but, then this job came along and working with those amazing girls got me to the point I am now.

Juist think about it, one needless distraction takes that amazing 2009, 47-2 team and turns it into a horendeously bad team.The players stop concentrating on playing and get distracted by a MAN pretending to be a woman.

It goes far beyond this even! Why are we letting literally MENTALLY SICK people force their wants nad whims and literally mental illness (There are studies which prove this) on everyone?

THIS IS ACTUALLY EMPHATICALLY UNCONSTITUTIONAL due to violation of the anti hierarchy clause within the constitution!

Its also wrong in every way!

If you have taken ANY SCHOOL anatomy class you know how diferent the male and female bodies are natuirally made. Its not even close either. Woman were never made to be big strong and physical while men always have been so they could protect woman and children.

Think about it this way, the times in the olympic running events are always faster for men and by wide margins. Here is a graph showing it and baer in mind a 10th of a second is close in running:

As you can see the records are almost half a second apart. That translates to around 21 feet or around 7 yards at the speeds shown throgh careful calculations.

Men and woman were never meant to compete against eachother as as this proves they literally cannot.

THAT’S A 180 POUND DIFFERENCE which is astronimical!

No matter who you are or what you think, this evil must stop and now!